The Human Rights Dimension of Our Trade War with China 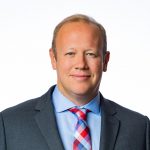 In the grand scheme of things, foreign relations between the United States and the People’s Republic of China have focused more so on balancing competition and cooperation, while fairly regularly omitting one key issue. We’re talking, of course, about human rights, or the lack thereof in China.

This week in downtown DC, Dialogue China, a locally based policy think-tank and political advocacy group collaborated with Human Rights Watch to host a “China Salon,” a regular project of theirs intended to engage US based Chinese communities, especially students, with discussions of Chinese contemporary history and global experiences with democratization. The topic of discussion at this salon? Human rights in China. More specifically, the human rights implications of the ongoing US-China trade war.

Among the featured speakers were Mr. Hu Ping, a Chinese dissident and regular commentator on Radio Free Asia, and Mr. James Millward, a Georgetown professor of history and a member of the faculty committee for the Initiative for US-China Dialogue on Global Issues, both of whom brought expert insight to this neglected topic.

From the outset, the speakers established the necessary understanding that state-perpetrated human rights violations in China have a long history that’s only recently been neglected by Western leaders, including the United States, which according to Mr. Ping, began when the US failed to object to China’s 2001 accession to the World Trade Organization on human rights grounds.

The speakers would later agree that this remains to be one of Washington’s most preeminent fumbles in balancing competition with cooperation.

Since Xi Jinping first became President of the People’s Republic of China in 2013, human rights abuses perpetrated by the state have largely been swept under the rug, without much in the way of American objection, even during the Obama years. Though, when President Obama passed the torch to President Donald Trump, any vestige of popular American attention to this particular issue was blown out and replaced by new rhetoric, new focus, new priorities.

Even a recent report published by the US Congressional Research Service on US-China trade issues contains 82 pages of texts without once mentioning human rights.

The contemporary popular media portrayal of China, thanks in large part to Donald Trump, has undergone a total reversal from thirty years ago when the Tiananmen Square Massacre had characterized China for the West. Nowadays, American media coverage cedes both the rational and moral high ground to Xi Jinping, especially when contrasted with the President of the United States.

Unsurprisingly, Mr. Ping and his contemporaries were disappointed, but that does not mean that they’re not optimistic. According to Mr. Millward, the current US tariff schedule levied against China is without the rational or moral high grounds, and, in order to regain the moral high ground, the Trump administration must reincorporate the issue of human rights into present and future trade disputes with China.

How best to achieve this? Both Mr. Ping and Mr. Millward pointed to the proven effectiveness of economic sanctions against private entities, government institutions and individuals under the auspices of the Magnitsky Act. The two speakers felt that levying these sanctions in China would be the most adequate government action.

However, Mr. Ping, through his translator, cautions us from resting on that conclusion. He explained that the Chinese business and political elite have a particularly well-refined ability to devolve any inconvenience wrought by these sanctions to the Chinese commoner – which bears its own human rights implications.

Accordingly, the speakers led us to conclude that there is no quick-fix remedy to the human rights issue in China. However, the ongoing trade war between the two countries presents a new opportunity for Washington to expose, condemn and hopefully resolve the human rights violations in China.