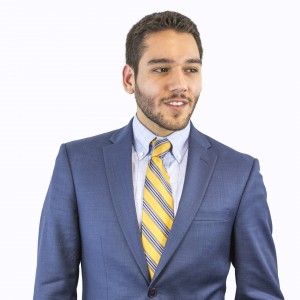 Sam Aman is an Account Executive at Media Theory who works with clients on designing and executing public relations, social media, and content strategy.

Sam maintains a strong focus on public policy and development in Latin America, having studied international development at The George Washington University and the Pontifical Catholic University of Rio de Janeiro.

He has worked previously as a senior research associate at the Council on Hemispheric Affairs, in the Trade and Investment Promotion Section of the Embassy of Brazil in Washington, DC, and for a period at Radio Free Europe/Radio Liberty (RFE/RL). Sam has published political analyses in English, Portuguese, and French, and is proficient in six languages (English, Portuguese, Persian, Spanish, French, German).